Joanna Moorhead meets wine expert Tom Cannavan, who’s been a lover of West End life since the early 80s. In 2018 he became the first Scot to be named as International Wine Communicator of the Year, and he’s also the frontman of Glasgow post-punk band Restricted Code, which recently reformed after a 27-year hiatus. 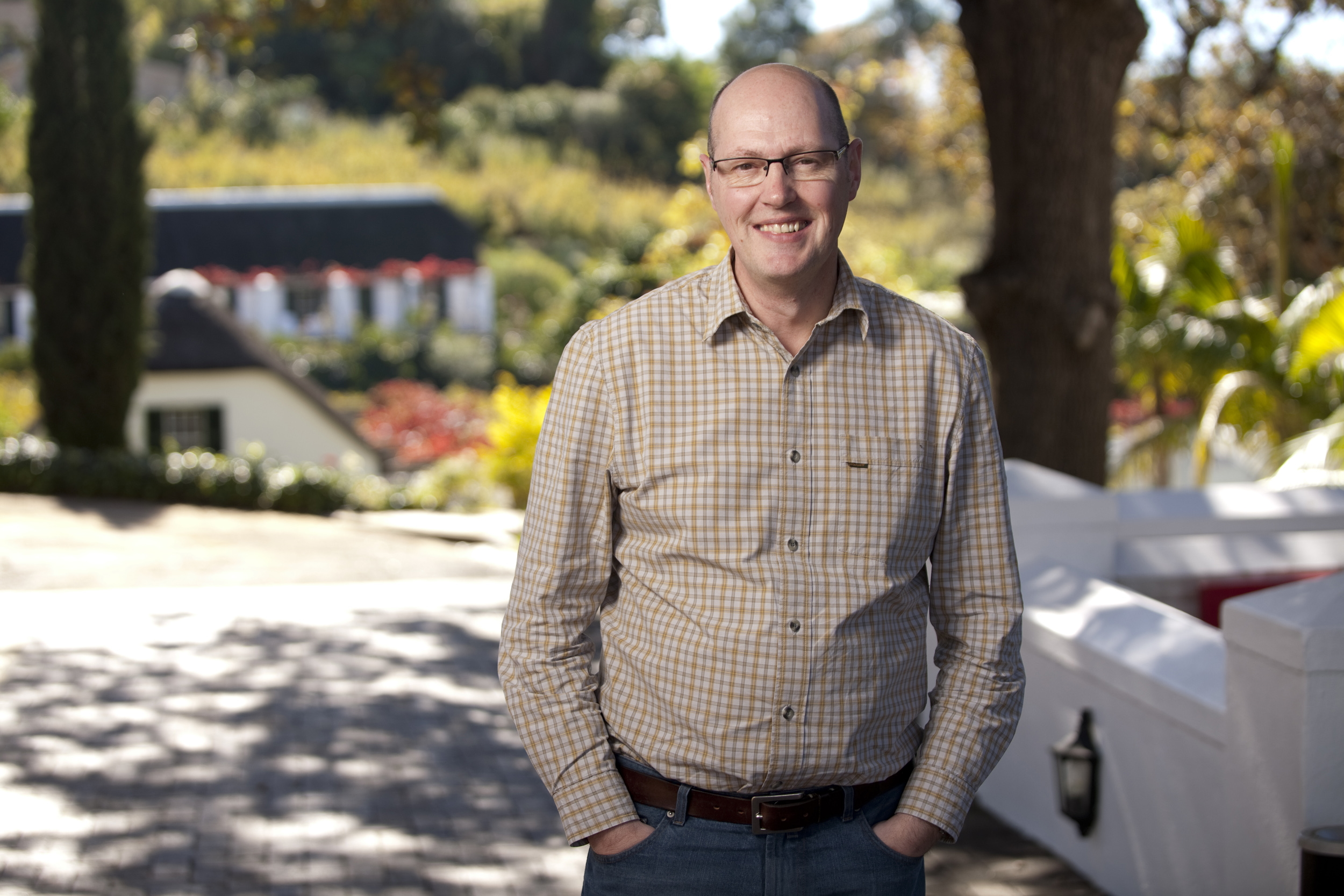 Wine expert Tom Cannavan has various claims to fame, but Westender readers of a certain age may remember him best as the vocalist in the Glaswegian post-punk band Restricted Code, which toured Europe supporting the Human League in the late seventies, and recorded with John Peel.

It was when the group disbanded in 1981 that Cannavan first came to live in the West End, having been raised in the east of the city: and it didn’t take long for him to realise that this was the place he truly belonged. He’s been based in the area ever since, apart from a brief spell when he tried living in London. ‘My partner and I attempted to recreate what we have here in the West End, realised we couldn’t do it, and moved back again,’ he says.

So what is it that makes the area so appealing? In many ways, says Cannavan, it’s exactly as it was when he first moved in. ‘The vibe is exactly the same now as it was then,’ he tells me over coffee at Oran Mor, a stone’s throw from his home near the Botanics. ‘The area has always taken a lot of its character from the university, the teaching hospitals, and until it moved out to Pacific Quay, the BBC’s presence here. It’s got a slightly alternative, bohemian feel: there are lots of young people, lots of artistic people, and it’s more liberal than other areas.’

Despite being fairly middle class – ‘Waitrose and all that kind of thing’ – he loves the diversity of the area. And its vibrancy, too. ‘You don’t get many high streets like Byres Road, with so many thriving businesses – so many streets in this city and other cities have boarded-up shops, but not round here.’

Another big plus for Cannavan is the easy access to the motorway, and the airport: he travels a lot, running masterclasses on wine around the world, and organising his hugely successful Festivals of Wine, which get booked up months in advance. ‘They’re consumer wine festivals, held across a day, with more than 400 quality wines on offer for tasting, and the chance to meet sommeliers and producers,’ he explains. He runs three festivals each year, in Glasgow, Edinburgh and London; this year’s Glasgow event is in June, with the others in November and October respectively. As well as organising the festivals and running masterclasses, he writes on wine for Decanter magazine and others, and regularly judges wine prizes.

So what are his top tips for Westender readers when it comes to choosing wine? ‘When you’re eating out, I always say you want to find a place where you can trust the sommelier. And then you trust them: they know their list, and they’re your best guide.’ When it comes to buying wine for home, he cautions against buying wine that’s too cheap, pointing out that the duty is the same on a cheap as an expensive bottle. ‘The sweet spot is for wine that’s around £8-12 in price,’ he says. That means you’re spending enough to give you quality; he’d rather have two bottles at £10 than three at £7.

Wine experts, he tells me, generally come to their trade by one of two routes: either they’re journalists who like wine, or they’re food and wine enthusiasts who start to write about it. He’s the latter: and it was during his early days in the West End that he developed the passion that he would eventually turn into a career. ‘I was studying at the Glasgow School of Art when I first moved here, staying initially in a flat on Dumbarton Road. At around the age of 19 I started to get very interested in food, along with a group of friends. There were five of us, a good little group and we decided we wanted to learn to cook. So every second Saturday would revolve around a meal at one of our homes, and we’d teach ourselves to cook properly – bechamel sauce, curry, and so on.
‘
With good food goes good wine, and I gradually became the one of us who was most interested in the wine choice – so each time we met for a meal, I’d choose what we were going to drink with whatever we were making that week.’

After graduating he became a teacher, and then he switched to work in the new MOD centre that opened in Kentigern House in Glasgow in 1986. ‘It meant I got a new training in computers, and in the 1990s I moved to Glasgow University where I lectured in computing until 2000,’ he says.

Alongside his day job, he had started to write about wine; he landed a wine column in the Sunday Post, and then a gig on the Home Show on STV. And then, in the mid 1990s, he had a breakthrough idea. ‘There was this new thing called the internet, and it made sense while I was finding my way around it to start something there around wine. So I started what was possibly the first wine website in the world – wine-pages.com – and it really took off. Wine retailers started coming to find me, and suddenly I realised I could make this my entire career, so I quit the day job.’

He’s never looked back; and in 2018, he was named International Wine Communicator of the Year, the first Scot to ever net the title. Turning his passion into his work has, he agrees, been one of his finest achievements; though there are many others, not least his long relationship. He and his partner, Alan, have been together for 34 years, and married for the last two. ‘We wanted to be absolutely sure first,’ he jokes.

The couple have another home in St Andrews, which is another reason why the West End’s proximity to the motorway works so well for them. But it’s Glasgow he feels he’ll never leave, especially after an attempt some years back to recreate the life they have here in the south east. ‘We moved to live in South Kensington, but being in London didn’t give us any of the advantages of the West End of Glasgow,’ he remembers.

The other major news in his life is that Restricted Code got back together in 2018. All four original members are on board: as well as Cannavan there’s his songwriting partner Frank Quadrelli, who was his friend at school in Easterhouse, Kenny Blythe on bass and Robert Mccormick on keyboards, and old friend Les Gaft joins them on drums.

The band recently finished recording a new CD, out last January, on Spotify. Cannavan gave me a sneak preview of one of the tracks, Lost, and it’s tremendous – and though I’m the right sort of vintage for the band, my 21-year-old daughter thought it was ace as well. All those years ago, NME (New Musical Express) called their output ‘a fluid collision of the trite, the enigmatic, the familiar and the unclassified’, and said Cannavan’s voice ‘implores with an unscientific elegance’. The band, said NME, had ‘packs of possibility’: three decades on, that possibility is back, and I’m raising my glass of Chardonnay to what I hope will be their new-found success.

Cail Bruich on Great Western Road is my favourite restaurant; it’s family-run, and they’ve got an extremely good wine list as well as very good food

No. Sixteen Restaurant Byres Road’s wine list is short, but it’s very well chosen, and the food there is great

The Ubiquitous Chip still has a very good wine list

Brett, a spin-off from Cail Bruich and also on Great Western Road, has the same excellent range of wines and food: their ever-changing wine list is mostly made up of artisan-produced natural wines. Natural wines are organic but they go beyond that – there’s minimal use of sulphur, and they taste great