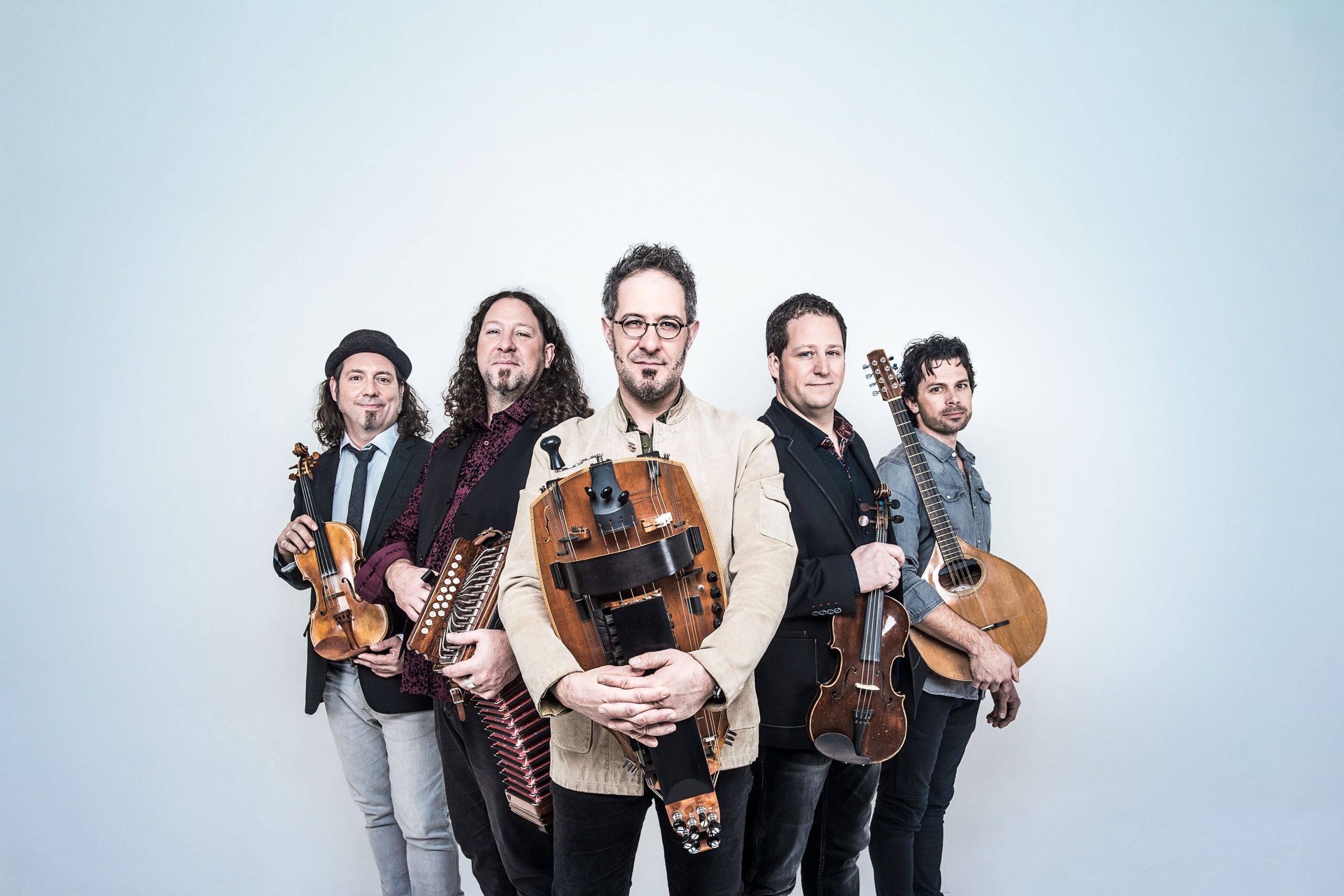 Like so many other events, the Celtic Connections Education Programme was put on hold through the pandemic. But this year, with a special 30th edition gig to celebrate, the Celtic Connections Education Programme returns. Its inception was back in 1999 and since then over 200,000 children from across the nation have benefited. Such is the programme’s influence, that some of the professional musicians on stage today were once involved in the Education Programme. With school concerts, the 30th Edition Concert, and workshops, there are many opportunities for children to be inspired.

This year over 6000 children from across Scotland will have the chance to attend three free schools concerts at Glasgow Royal Concert Hall. Stornaway award-winners Peat and Diesel headline one of the concerts on Friday 20th January. The three-piece started playing in their local pub and are now world-famous on social media and for playing fantastic live sets across the UK.

Supporting them will be Ron Jappy and Rachel Hair performing traditional tunes on clarsach and guitar. The second school’s concert sees Quebec’s Le Vent Du Nord bringing their vibrant, high energy show to Glasgow. Rooted in Celtic tradition, their music has many global influences and an energy that can’t help but get the audience to their feet. Supporting the Canadian troupe are St Roch’s Ceili Band. This organisation, formed over 40 years ago by Frank McArdle, was a lunchtime club in Royston Secondary School. Now it teaches the beauty of traditional music to hundreds of Glaswegian children.

The last of the three concerts will be the 30th edition concert, marking 30 years of Celtic Connections and of this unique education programme. With young musicians from every region of Scotland, a brand new ensemble composition of traditional music will premier. John Somerville, the composer and co-founder of the Treacherous Orchestra says ‘The Celtic Connections education programme has always been the jewel in the crown of the festival, not only does it inspire future generations of musicians but it also gives young people the opportunity to experience live music in an incredible setting like the Glasgow Royal Concert Hall – an opportunity they may not have had otherwise.’ Alongside John and the young musicians will be Scottish super group Session A9, bringing their high-energy brand of music to the Royal Concert Hall stage.

Aside from the concerts, taster workshops will be taking place in schools across Glasgow. Celtic musicians will introduce Scots and Gaelic song, piping and step dance. There is also instrumental tuition on the tin whistle, bodhran, fiddle and clarsach. Look out too for the family ceilidh in Kelvingrove Art Gallery and Museum. For pre-schoolers there is the very special Moon Dragon classes. These interactive workshops have under-5s discover how Bertie the Moon Dragon and friends find the moon and help it to rise. This magical, musical, storytelling workshop is brought to you by Rachel Huggins and Corrina Hewat.

The programme really is inviting all ages to experience the beauty of traditional Celtic music. Indeed, Donald Shaw, Creative Producer of Celtic Connections, says ‘It’s really quite mind-blowing to think that over the last two decades over 200,000 children have had the opportunity to enjoy the generosity of so many iconic and amazing bands and artists who have given freely of their time for school concerts at the festival over the years. I’m sure that this experience has been the inspiration for many to go on and become great musicians themselves’

Celtic Connections will take place between Thursday 19th January – Sunday 5th February 2023. The internationally renowned event will mark its 30th edition with an exciting and varied programme of music. Over the course of the 18-day event, thousands of musicians will perform at venues across the city. Not only will concerts and performances span traditional folk, but roots, Americana, jazz, soul and world music too.

Tickets for Celtic Connections 2023 are available from www.celticconnections.com