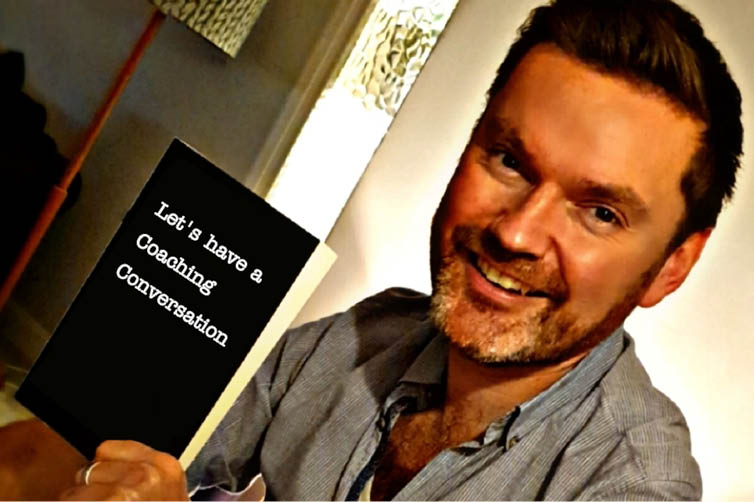 Many years ago, when I was living in ‘that London’, I hit a major rut in my working life. I was managing a team for the first time and it was hard work. And I mean really hard work. The team were older than me and thought they knew better. They were also under performing and behaving pretty badly. I was lacking in confidence and assertiveness as a manager. My boss at the time essentially told me to sort them out or leave the job.

Stressed by all of this, I spoke to a friend who recommended that I see a life coach to help build my confidence. I was hesitant to begin with and really wasn’t sure what to expect.

My first coach
Luckily my mind was put at rest when I met my first life coach. He was down-to-earth and relatable. We ended up working together on and off for about 18-months.

Life coaching is for anyone who wants to make a change in their life, including setting work or personal goals. It can focus on work challenges, your personal life, improving relationships and future aspirations.

Through the coaching process, I was able to turn things round in my working life and get my sense of purpose back.

The impact of this first experience of being coached has remained with me ever since. Fast forward to early 2020, when lockdown first happened, I did something radical. I decided to train to professionally qualify as a coach. Something I had always had at the back of my mind since that first foray into the world of coaching. Juggling a full-time demanding role with doing a qualification in your own time really isn’t for the faint at heart. But for me it provided the perfect distraction from Covid.

I am not alone here. There seems to be a rising trend of people entering the coaching world as a second or supplementary profession. And Glasgow is partly leading the way. 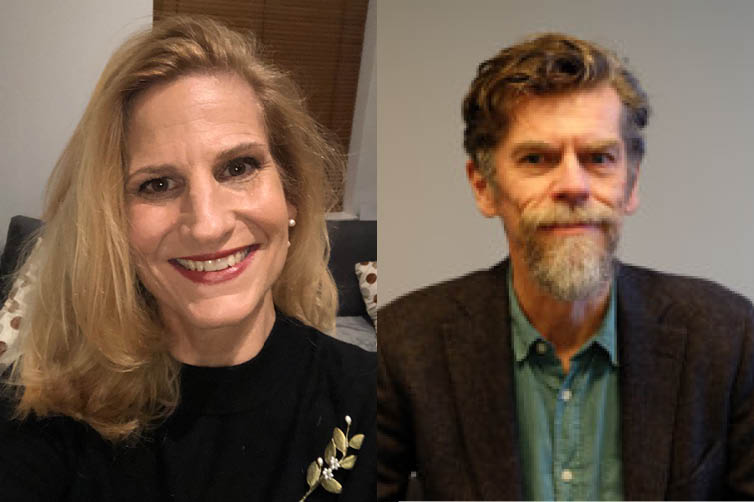 Before lockdown, the Glasgow Coaching Hub took advantage of the generosity of the Kinharvie Institute – a consultancy based on Dowanhill Street specialising in facilitation, coaching and training – who were able to provide members with a free place to meet. Since the pandemic, the Hub has taken its events fully online using Zoom, allowing the Glasgow-based network to open its doors to all of Scotland.

Edinburgh-based Lisa Blackett, from Puzzle Fit Consulting, was able to regularly attend the Glasgow network when lockdown hit. A qualitative researcher for over 20-years, she ‘fell in love with coaching’ having done some initial training, so much so that she embarked on studying the subject as a Masters degree.

Lisa comments: “I am a coach, coach trainer, and use a coaching approach in all of the other work I do as well.

“Coaching is more of a way of being than anything else, and it is incredibly powerful helping people see different ways of looking at themselves and what they are doing.

“Sometimes just asking the right questions at the right time is so useful particularly when you compare it to telling people what to do or giving advice.

“One of my areas of interest is how coaching can help young people understand themselves and what they want. Due to my own experience as a parent, and supporting friends of my teenagers, it felt like a natural space for me to go into.

“When it comes to the workplace, I get the sense there has been an increase in people in management and leadership positions using a coaching approach with their teams, which is really encouraging. Once you’ve trained as a coach, you do think about the words that come out of your mouth more, and you are more likely to say ‘I’ve observed this’ or ‘I am curious about this’ rather than directly advising or telling your colleagues what to do. To me, this encourages a collaborative style and more productive relationships at work.”

As part of her Masters in coaching, Lisa researched the benefits of online vs face-to-face coaching, which has put her into an advisory role for many coaches during the pandemic who have been forced into doing more online work, she says: “What I found through my research is that both online and face-to-face can be equally as effective as each other as long as both the coach and the coachee are comfortable with the chosen medium.”

Fellow Glasgow Coaching Hub member David Williams is a coach, facilitator and arts consultant. He has had an extensive career in senior management in the arts – including a spell being the joint CEO of Scottish Ballet and running the King’s Theatre in Glasgow. David describes falling into the coaching world ‘seamlessly.’

David comments: “Without knowing it, I have been using a coaching style of management throughout my career. I have always wanted the best for the colleagues that I manage including moving onto promotions.

“I was employed with a city council for a time, and had the opportunity of some coach training for a day. This led to me doing a short, sharp immersive course with a company called Coaching Direct in Edinburgh.

“My background is very hands-on in leadership, having been a Chief Executive, so I got into coaching as an extension of being a manager. I am now a complete convert to every leader being trained as a coach. I believe that there are too many command and control bosses, which doesn’t bring out the best in people.

“My suspicion is there aren’t many people working full-time as coaches but they are combining it with other things, like Lisa and I are doing. I think it’s quite healthy to have variety. I offer coaching, and facilitation, and arts consultancy.

“It’s quite common that when you are coaching someone, they will start with telling you what they think their current challenge or problem is. But through coaching questions, you will often soon unravel more, and then they will realise that the problem is something else entirely different to that initial conversation.

“I was introduced to the power of coaching in my early 30s when I was on the verge of quitting my job. Someone offered me an ‘emergency coaching session’ which allowed me to get to grips with what I was doing, and turn things round to the point where my boss trusted me to take on all sorts of responsibilities, which was amazing. If it wasn’t for this person coaching me, I would have been out the door and would not have had the career that I did.” 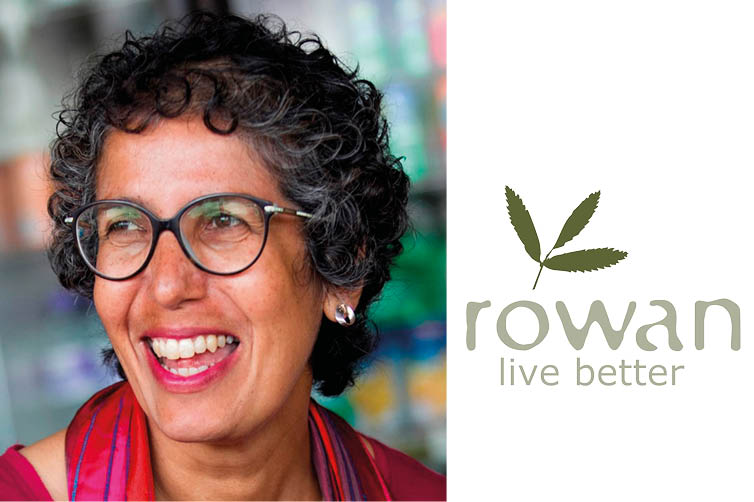 Meeting increased demand
The trend for people getting into coaching as a second or supplementary profession also clearly coincides with an increased demand for coaches from clients. Throughout the pandemic, some of us have hit a crossroads in life – this could be through redundancy, a relationship breakup, or through the fact we have had more time on hands to reflect on where we are actually going in life.

Rachel Weiss is from Perth and is a Partner at the Rowan Consultancy. The company has been at the leading edge of developing practices in the field of human growth, development and support since 1997, and their services include counselling and psychotherapy, coaching and training. She recently spoke to the Glasgow Coaching Hub about how to support people as they continue to work from home or return to the workplace.

Rachel comments: “One silver lining of this pandemic has been increased awareness of our mental health and acknowledgement that we need to nurture it. We have all experienced some level of Covid-19 anxiety, which gives us more appreciation for people who live with anxiety on an ongoing basis, more of us have experienced depression, addiction and other responses to events which are out of our control.

“We have all had our resilience tested as this has been a long haul. We can’t get by on the initial burst of adrenalin. More people have therefore been turning to coaching to support them.

“A coach is a confidant. You can speak more openly to them than to a line manager, partner or friend. They are not there to judge but to support you in achieving your goals. A coach also raises your self-awareness of how you may be self-sabotaging and what habits of thinking or behaviour or response you may wish to change, what support you can access.

“Then your coach encourages you to plan some action you may take and holds you accountable at your next meeting.

“Coaching has less stigma than counselling, although both foster growth and self-awareness and change. One thing that makes coaching different is the accountability. When I was young, nobody went to the gym, that was for athletes, the rest of us kept physically fit by walking and generally being active. Now friends happily tell me that they are investing in a personal trainer or gym membership. I hope that this year has taken us one step closer to the day when we will speak with similar pride about going to see a coach to increase our resilience or achievement.”

Any coaching professionals interested in joining the Glasgow Coaching Hub should email: david@creativehelp.org.

Find out more about Mike Findlay’s coaching services at risingfox.org. 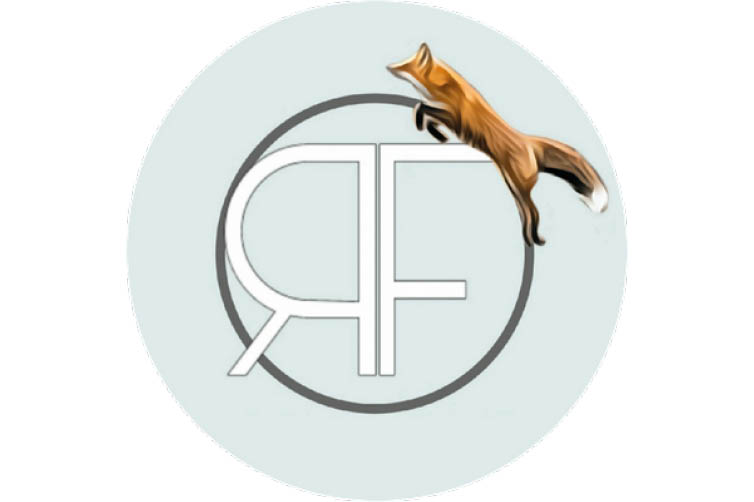