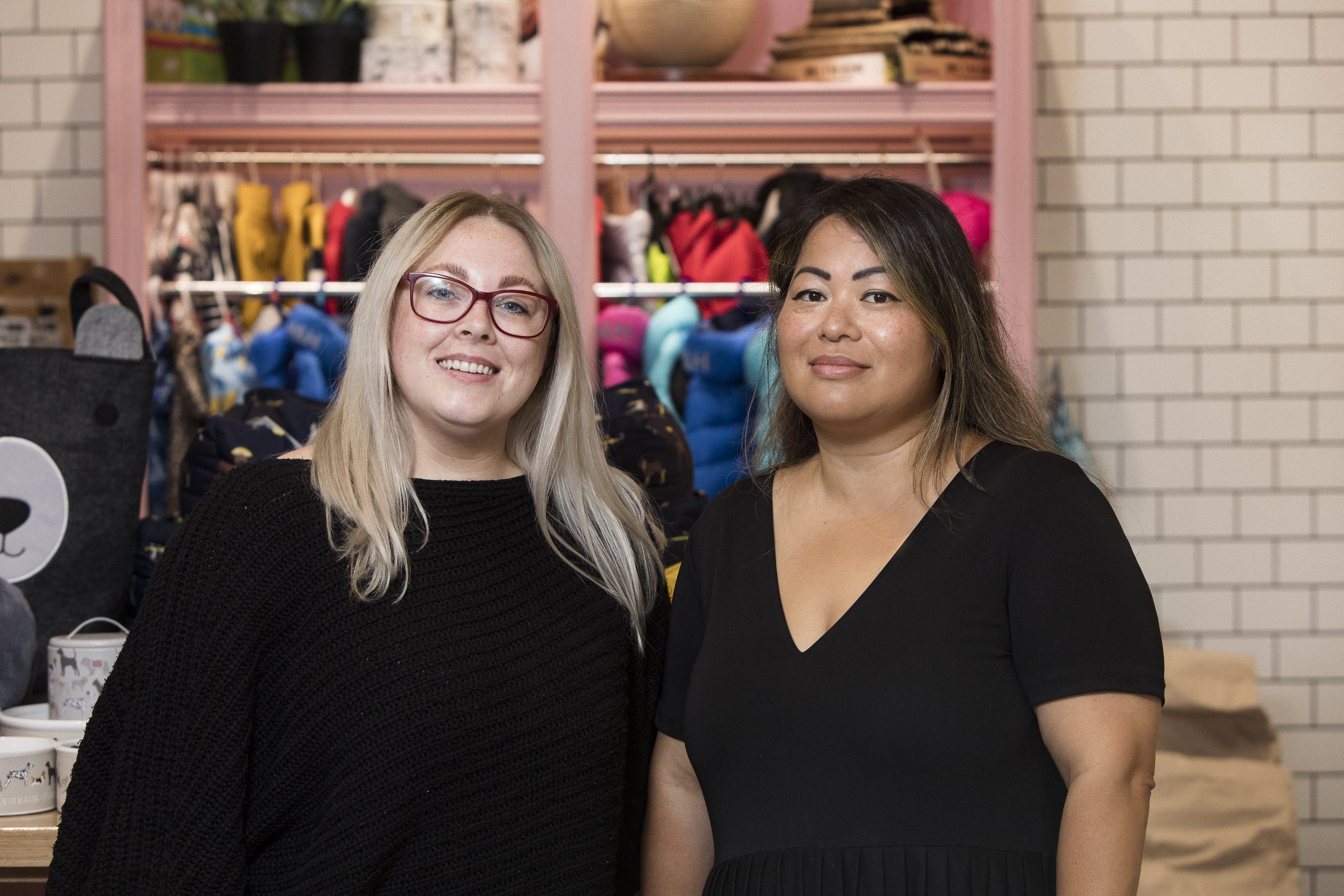 The collective experience of the past 18 months has pulled the West End together as a community. But depending on the type of business run, and therefore the restrictions that have been imposed, the challenge faced has differed drastically even in a post-pandemic world. Joanna Moorhead speaks to three local business owners who’ve ridden the storm.

Barry Walker remembers the optimism of January 2020. Everything pointed to a stellar year for house sales: and his estate agency, Walker Wylie, was about to take possession of a new office on Woodlands Road.

You know what happened since, so let’s fast-forward to September 2021: and the good news is, the hope Barry felt 20 months ago is back again – in bucketloads. He’s bright and breezy as he chats to me from behind his desk. Yes, moving into the new office had to be paused for four months; and yes, business was flat over the same period, as only existing sales could be concluded. But, though there have been many bumps in the journey – and to be fair, though there may be more bumps to come – Barry believes the underlying story is positive.

It’s certainly seeming that way: house prices have more than held their own since estate agents were allowed to trade again in June, and Barry predicts an upward curve. ‘When we opened again in June, now in our new office, the market went crazy,’ he says. ‘August 2020 was our busiest month on record – we sold twice as many properties then as we had in August 2019.’

The housing market – with low stock, and low interest rates – was already strong before the pandemic, says Barry, and living through the changes Covid brought tended to focus people’s thoughts on their living space, and have only served to add to the boom. ‘Today’s buyers want a front door and a back door, and they want a garden. First-time buyers who’ve been locked down with their parents are now looking for somewhere of their own, and they need more space than they might have done, because they’re still working from home, and need a bedroom that can double as an office.’

The important thing to remember when it comes to running a business in 2021 and looking ahead to a post-pandemic 2022, says Barry, is that ‘what’s just happened is a health crisis, not a financial crisis. It’s not 2008 all over again. That’s one of the things that’s kept us optimistic.’

The biggest problems for Walker Wylie through last year, reports Barry, were the uncertainty over how long business was going to be paused, and juggling (for both him and his business partner) home-schooling their young daughters alongside keeping the company they set up five years ago, afloat. ‘We knew we had a fight on, but we also knew we could do it. We’d spent a long time working hard to set up our own business, and we knew we could hold on for a few months.’ All the same, he says, it was extremely frustrating at times watching English estate agencies being able to operate near-normally, while in Scotland restrictions remained.

He also worried about what the impact would be on home viewings – would vendors want visitors on their property; would buyers want to go into houses?  But, he says, there haven’t been problems on these fronts. January and February are traditionally strong months, and for Barry it’s roll on 2022: his optimism of two years ago is, he believes, about to be realised in a post-pandemic world.

THE SQUARE BAR AND RESTAURANT

Keeping going through the pandemic meant being quick-footed and adaptable – and the Square Bar, having more than managed to be both, is now reaping the benefits post-pandemic. Being forced to close, with just a few hours’ notice, in March 2020 was an unthinkable blow: the busy neighbourhood brasserie had a full diary of bookings, and was stocked for the next few days. ‘It was shocking beyond belief to suddenly have the power to run your business taken away from you,’ says Luke Tracey, the Square’s owner.

But adaptability was key, as Luke realised from the start: the weather was good, the restaurant front could be opened fully, and soon the Square was functioning as a takeaway coffee/cake/sandwiches venue. Using Uber Eats was expensive in commission terms: to keep costs down, and with future business in mind, Luke offered discounts to customers who could do self-collections. ‘It meant people could see where we were and what we were doing, and then come back again another day,’ he says.

Although at times it felt as though they were at rock bottom – ‘the hospitality industry felt as though it was being attacked,’ says Luke, especially when for example selling alcohol was banned – hope was never extinguished. When eating and drinking outside became a possibility, The Square developed an outside eating area that it expects, going forward, will continue to be popular with diners. ‘Glasgow hasn’t traditionally been an area associated with continental-style dining,’ says Luke. Perhaps eating outside will be a lasting change of the pandemic.

But the biggest change came in spring of this year with a major refurbishment of the premises, and a menu rethink.  ‘It was an important move because it meant we were showing confidence in our business, in the future,’ explains Luke.  But also, he wanted customers to come back to The Square with a sense of excitement and discovery. ‘We wanted them to find a new place, and to have new food to try,’ he says.

As in all walks of life, the pandemic has brought positive change as well as difficulties. Luke chairs the Glasgow Restaurant Association and knows at first hand how much the industry has pulled together during the last 20 months. A stronger spirit of co-operation and support could be a legacy Covid leaves for bar and restaurant owners in the city in a post-pandemic world.

Of the many lifestyle changes prompted by the pandemic, one of the most talked-about has been pet acquisition; and for business owners like Mabel Lau of pets-cetera, that has meant that what started in shock and shut-down has led to a boom in business that shows no signs of slowing in a post-pandemic world.

At first, remembers Mabel, as for all businesses the situation was one of worry and fear for the future. ‘Everything was closing, we weren’t sure what was going on or what would happen next, and we were concerned for staff who were worried about feeling unsafe,’ she remembers.  Pet shops were, of course, always essential businesses: Mabel set up a table at the shop door, and sold items like pet food from there.

For a while, takings were well under half of what would be normal – but then, gradually, things started to change.  More people were getting pets, especially puppies – and that meant they needed toys, dog beds, collars, leads and harnesses. Also, pets-cetera specialises in natural foods, so customers came to find out about healthier diets for their dogs. ‘Our main concern is that people keep their new pets, and we realise they need the best possible advice to support them to do that,’ says Mabel.

Like Luke at The Square, she realised a refurbishment would update her business for the post-pandemic future.  She took the business over 15 years ago, updated it initially, but hadn’t done much since: so it was time for a facelift. ‘We ripped everything out and tried to make it a lot more fun – for example, there’s now a kennel-shaped dog treat bar. We’ve always had a candy pink theme here and that’s continued – we want to feel like a wonderland for pets,” says Mabel. The shop is a tribute to her now deceased, but never-forgotten, Dachshund Molly. ‘She was a big reason why we have a pet shop in the first place, and it’s a bit of a shrine to her.’

While it’s about a lot more than profits for Mabel – ‘people who work with us love animals, and we put them first’ – she feels that, having survived some tough times, the shop is now more than back on track. ‘We feel we’ve been through the worst – and we’ve come back winning.’ 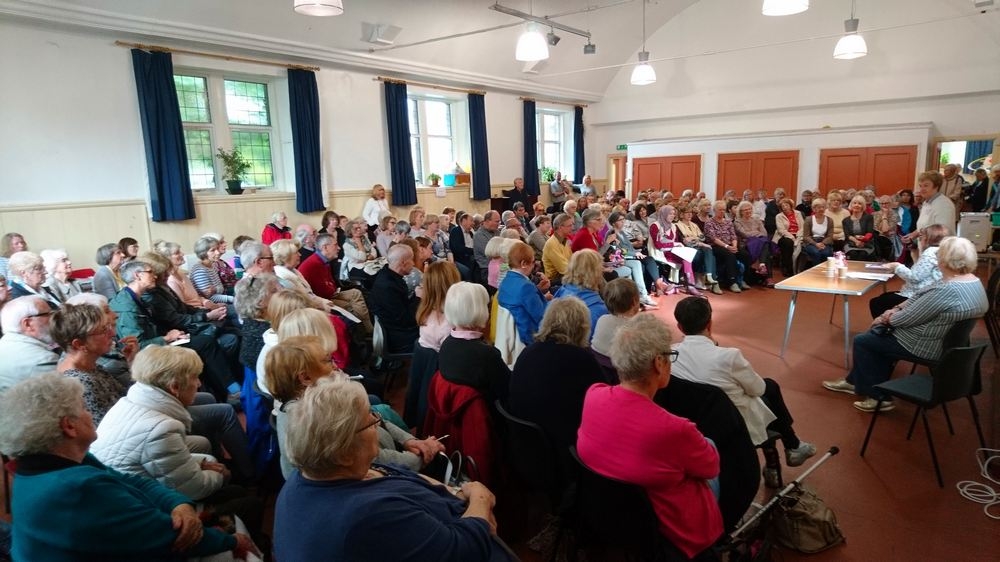 U3A – A ‘lifeline’ for many during the pandemic 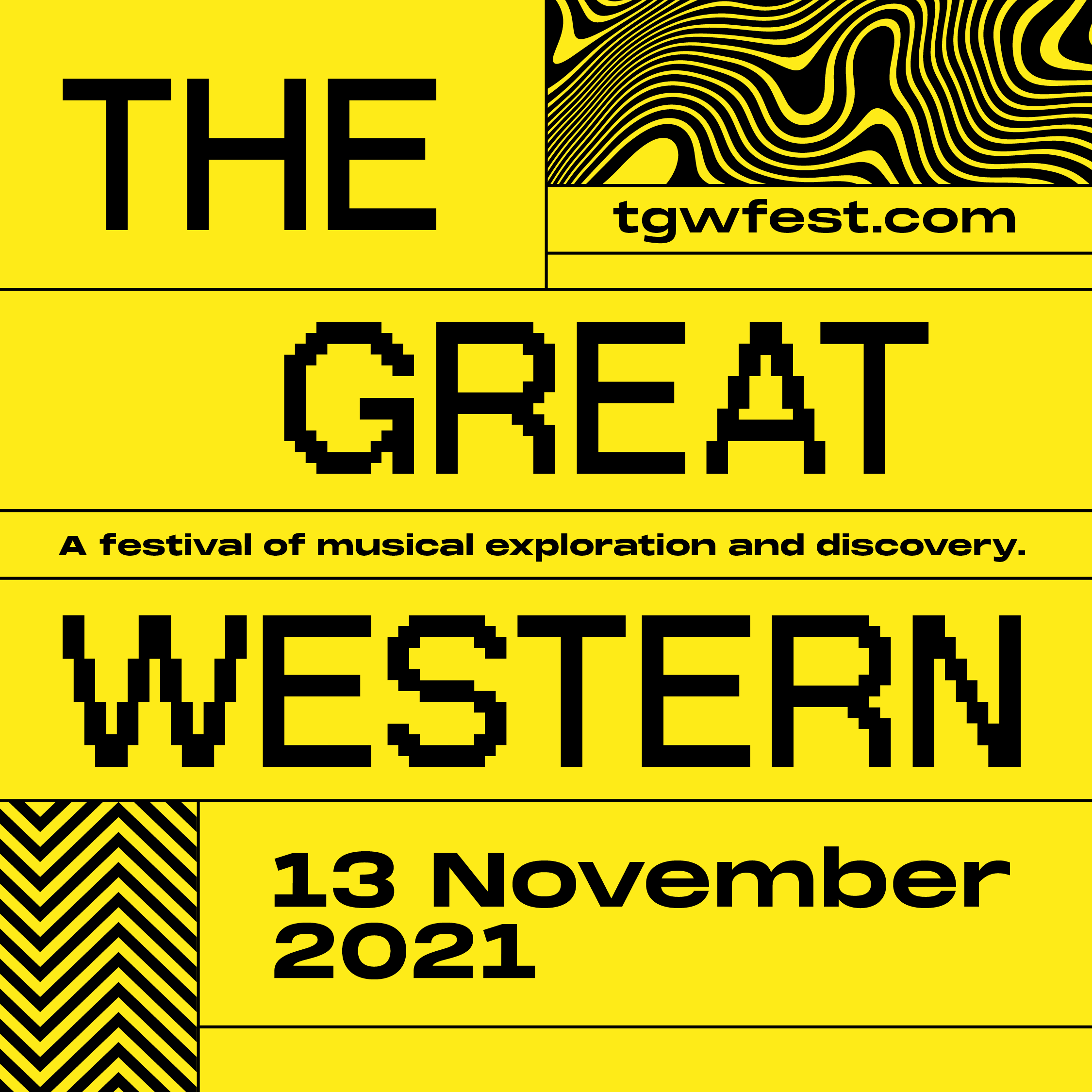 The Great Western Festival returns for 2021 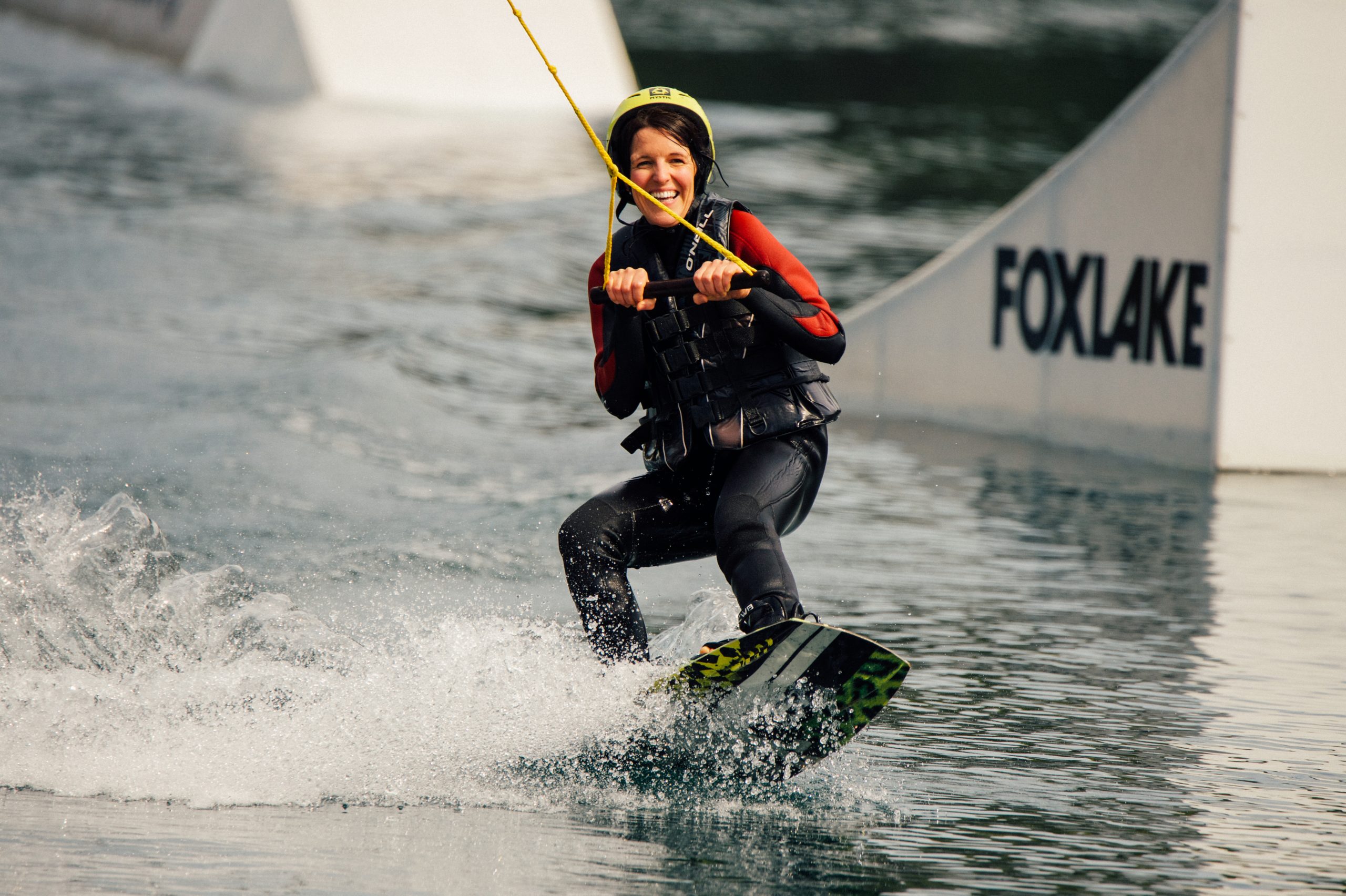 The University of the Third Age, or ‘U3A’, is

The Great Western Festival is back again with a ba 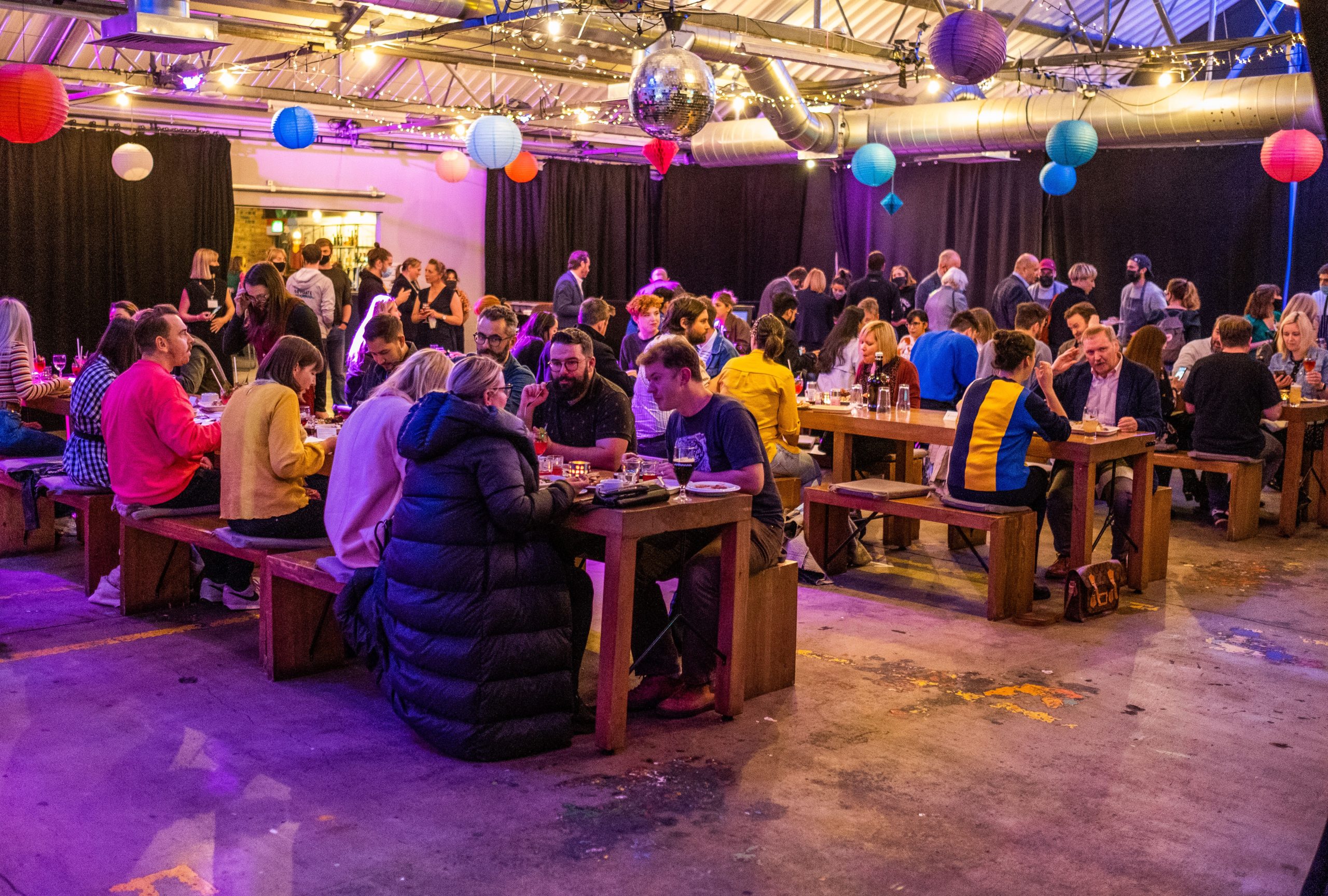 Glasgow ‘Plates Up’ for COP 26 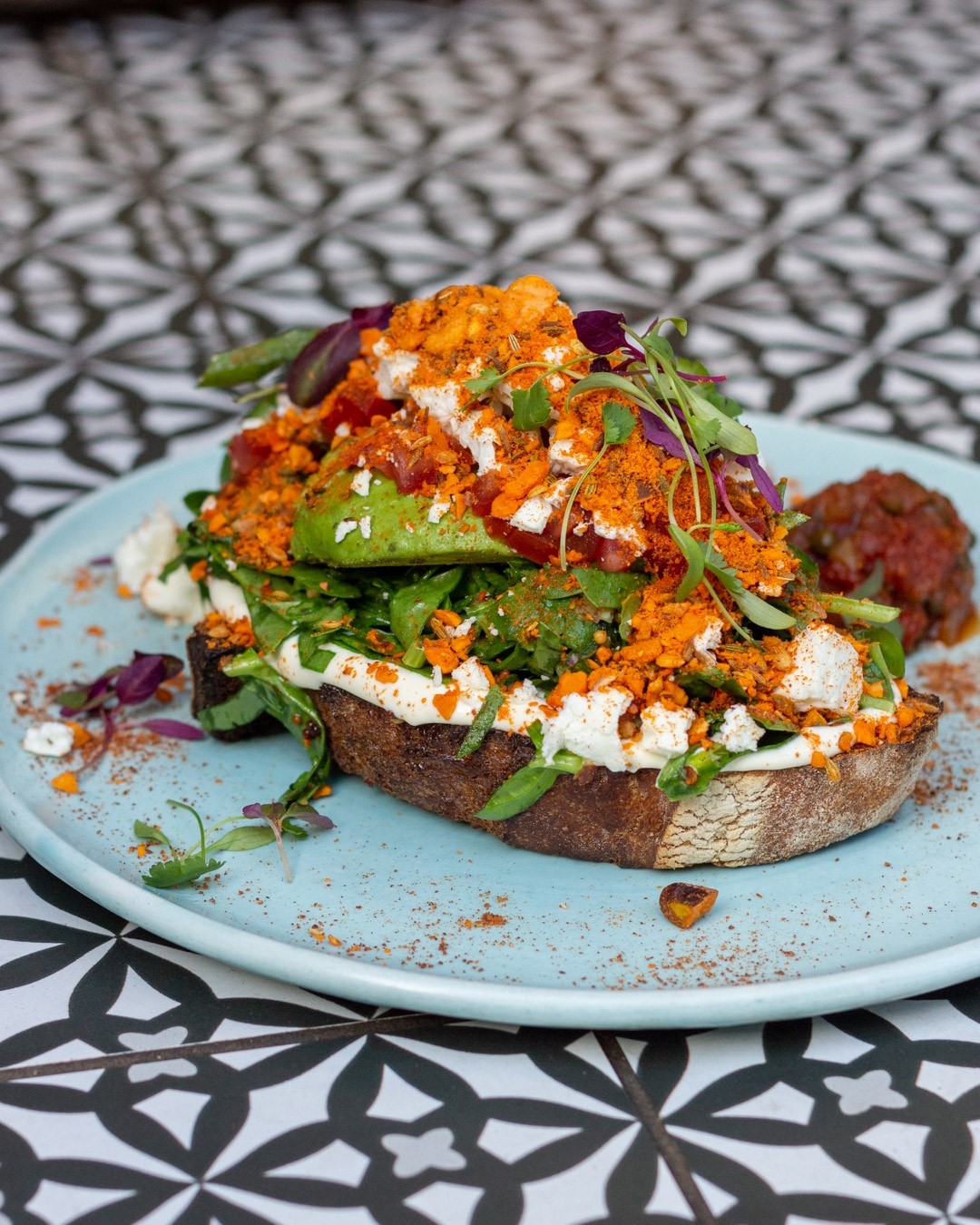 Five Of The Best… Brunch Spots 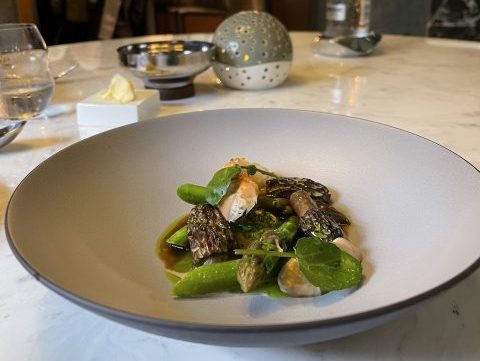