Living Wills: Set For A Resurrection? 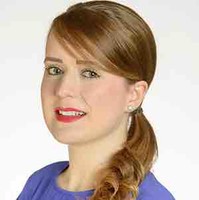 A recent report published by the Law Society of Scotland has criticised the current laws surrounding Living Wills, with it being stated that the Covid-19 emergency has focused attention on the shortcomings of the law as it currently stands. So how do your arrangements stack up, and is there still a place for Living Wills under the current regime?

Known by various different terms (such as Advanced Directives or Advanced Decisions) a Living Will is an instruction or record of your wishes in the event that you become incapacitated and unable to give these instructions. Commonly the document will address issues such as resuscitation or being put on a ventilator. In the event that it becomes relevant, the document can prove helpful to family, doctors and any welfare attorney or guardian.

In England & Wales the law states that a Living Will that meets certain requirements must be followed. However, whilst a useful record and guide, in Scotland such documents are not legally binding. Instead the law provides that, as evidence of an individual’s wishes, a Living Will should merely be taken into account when a decision is being made on someone’s behalf – and herein lies the crux of the issue.

In its report, the Law Society of Scotland’s Mental Health and Disability Sub-Committee labelled Scots law ambiguous and incomplete, resulting in lack of certainty. Moreover, they claimed that this ambiguity ‘may amount to non-compliance with European and International human rights requirements’. Accordingly, the sub-committee recommends, primarily, that the Scottish Parliament legislates to make ‘clear and comprehensive’ legislation. There should, they say, be support of greater use of ‘advance choices’ (as the report refers to) via a central register and there being no limitation on possible scope – the granter should be able to do and decide anything that they could with immediate effect if fully capable. Most importantly, the legislation should ‘ensure… rights to autonomy and self-determination are fully respected’.

The report in particular shows support for the position in Germany, whereby a Living Will that has been validly constituted is treated as a binding expression of individual autonomy. If there is no Living Will, it is necessary that attempts are made to determine the wishes of the person – not what is in their best interest.

It remains to be seen what if any impact the report will have, although the Minister for Mental Wellbeing and Social Care did comment that the Scottish Government has commissioned a review by the Scottish Mental Health Law Review.

In the meantime, even if not (yet) binding, Living Wills provide a helpful tool for those who have strong feelings on what treatment they may one day receive – or not receive. Any attorney or guardian faced with making a decision for an adult who lacks capacity (whether that concerns medical treatment or otherwise) legally must take into account the past and present wishes of that adult ‘so far as they can be ascertained’ and it cannot be disputed that a formal written record of these wishes, which has been prepared by a solicitor, is a pretty clear record of those wishes.

If Mitchells Roberton Associate, Sarah Parker, can assist you please call direct on 0141 552 4322, or email: sap@mitchells-roberton.co.uk

PrevPreviousBright Lights, Big City
NextGlasgow: The Art Of The CityNext